The Academy of Motion Pictures Arts & Sciences—the group who selects nominees and winners of the Oscars—is about to grow by some 276 members, and some notable Latinas and Latinos are on the list!

The Academy has been under recent scrutiny for its lack of diversity. A 2012 article in the LA Times estimated that nearly 94% of the select and largely secretive group were white. A staggering 77% were male. African Americans comprised about 2% of the nearly 6000 member organization while Latinos were less than 2%.

Those numbers are about to change. In a year when the Academy lifted is usual quota for new invitees, 276 industry artists and professionals have been invited to become members of the Academy—100 more than last year. Among them are some notable people of color, including a fair share of Latinas and Latinos.

Rosario Dawson and Jennifer Lopez are part of the new class, as is character actor Michael Peña. Everybody’s favorite vato Danny Trejo is a much-deserved invitee. Working actors Miriam Colon, Geno Silva, and Alma Martinez were also recognized for their pathbreaking work. A number of Latinas and Latinos are also part of the non-acting categories of the invitee list.

You can read all the names of the new invitees here.

I am particularly happy to hear of the inclusion of Alma Martinez. I had the distinct pleasure of being her colleague for some years while she worked at Pomona College. The first Mexican American character to be featured in a storyline on a daytime soap, Martinez was a part of the original cast of the historic Chicano production “Zoot Suit.” When the play made its way to the silver screen, she reprised her role. 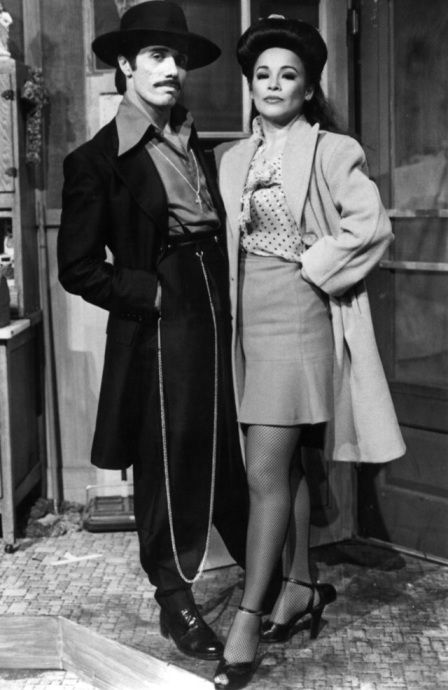 Alma Martinez has been working in the industry ever since. She’s not only a mountain of talent and an amazing actress she’s also a trailblazer in this very male and very white world of entertainment. As she has carved out her career she also earned a reputation as an open and caring mentor for others. This is a much-deserved recognition and an exciting event for all Latina and Latino actors.

Latinos are an important part of the movie world. Not only are we a large a ever-growing segment of the film viewing public, but we are also an important part of the community of artists who make the movies. In front of the camera and behind it, in ways recorded and gone unrecognized, Latinos have long contributed to the Hollywood. (For goodness sakes! The model for the Oscar statuette was mexicano screen legend Emilio Fernández!)

It’s only fitting that the Academy expand its ranks and diversify by including more Latinas and Latinos, as well as the many other people of color who will now join this fabled group.

It’s that time of year again!  The Hollywood awards season has begun, for reals!  After those hors d’oeuvres teasers last month, we get the first real course of our nominations feast–the Golden Globe awards.  Nominations were announced today, and you know what? I bet Latinos are shining brightly.

Let me gather up all the Latino nominations for you.  Just a minute…

Hmmm.  That can’t be right.  Give me a sec to double check this.  In the meantime, think about the wackiness of that Illinois governor.  Man!

America Ferrera got a nomination for “Best Performance by an Actress in a Television Series” for her work on ABC’s Ugly Betty.

DAMN!  That’s it.  I mean, well, Weeds got a nod for “Best Television Series-Musical or Comedy,” and they were sort of a Latino-themed show this year, but it was all gang-bangers, drug dealers, and corrupt Mexican officials on the border (not to mention the murdering, torturing, and human trafficking).

I guess the title of my post should be: “Latinos!  Take Over the Golden Globes!”