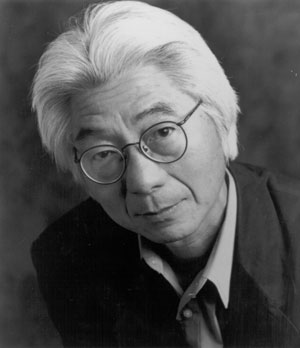 If you don’t know who he was and what he contributed to the world of academia, there are ample ways for you to learn.  This graduation address he delivered toward the end of his life gives you more than a few of the details of his personal life. The basics of his professional life are as impressive.  Born and raised in a the working-class environment of Hawai’i, he went on to become one of the most distinguished historians of race and ethnicity in the modern era.  As an Asian American he served as the founding faculty member of UCLA’s Black Studies program, and then went on to help develop the Department of Comparative Ethnic Studies at Cal, where he taught for almost 40 years.  In addition to teaching well over 20,000 students in his career, he is responsible for an assortment of scholarly literature, pioneering works in Asian American history, and the multicultural U.S. past.

But all that falls short of telling you what you need to know about the man.  As a person who was privileged to call him “mentor” during my graduate career at Berkeley, I was always impressed by his down-to-earth personality, warmth, and caring.  He was a rare combination of strengths: a cutting edge and world-renowned scholar who was also as good a teacher as you will ever see.

He wasn’t a humble man, but he wasn’t out of line with his lack of humility either.  He knew the value of his work and his place in letters.  In the classroom, he taught by connecting you to the vibrancy of a field of knowledge that was alive and in development.  He appropriately made his work part of that field.  In graduate seminars on research, he made his own process visible, showing you how he went from idea to book in record time.  He worked from the belief that you could learn something from hearing and seeing how a “master” performed his art.  He was right.

As a scholar, he produced pertinent, cutting-edge work for four decades.  His work was the perfect embodiment of the conception academia has of itself.  It spoke to our present conditions as much as our past and provided road maps for how we could become a more whole, more equitable, and more just society. While other academics pretend their work is important and necessary, Ron had the brilliance of never having to pretend. His best-selling book, A Different Mirror: A History of Multicultural America

, recently premiered in a new and updated edition.  It will be the effort for which he is most remembered.  His best, and the one of which he spoke most fondly, was 1979’s Iron Cages : Race and Culture in 19th-Century America

Ron had a tremendous impact on my work and on the work of my friends at Berkeley.  Those of us who had his advice (and signature) as part of our dissertations would be forever branded as “Takaki-ites.”  It is a badge I wear proudly, for you see, for Ron it was all about the “voices.”  His work represented the voices and experiences of those silenced and forgotten.  He did that, not for a present-day class of people who had the power to remember and to be remembered, but for those of whom he wrote, and those like them in our present.  He was a humanist in the fullest and most meaningful sense of that word, a model of public intellectual behavior to which we should all aspire.

While I am saddened by his death, I also am left with a sense of pride and appreciation.  This is not only for having the chance to know him and work with him, but more for the fact that I get to work in the profession of which he was a part; for living in a world that has benefited from his work and will continue to do so for generations to come.  In so many ways, and in untold ways we have yet to see, Ron Takaki left this world better than he found it.

We are all the better for his life, and the lesser for his passing.  The official campus announcement of his death can be found on the UC Berkeley website, along with a more in-depth obituary.

UPDATE (5/28/09): Various obituaries are now also appearing in newspapers around the nation, such as the Los Angeles Times, the Oakland Tribune, and the Honolulu Advertiser.

Do you watch Oprah?  I know!  Me, too.  Hell, it’s probably the law or something…

Well, as you know, Oprah and her middle/upper class viewers are obsessed with both living healthy and living forever.  Enter Dr. Oz.  He’s been helping us help ourselves for sometime now, though lately he’s kicked it up a notch

Oz and his buddy have gone around the world researching what makes old people old.  You know what they found?  It’s about regular exercise, a healthy diet, vitamins and minerals, and emotional & mental nourishment.  Damn scientists!

Well, with the above constituting the “secret recipe” for a long life, it’s no wonder academics don’t do too well. I mean, we got the whole emotional and mental nourishment thing down (although I’ve met more than a few “on the job” who are a little emotionally, shall we say, wanting?) but even if you eat right, they still smack you down with the whole physical inactivity thing.

This is part of a work email I got today:

Here is how it works – Once a faculty member identifies the desired book through the electronic catalog system [redacted], they simply push the “request” button that is on the screen. After logging in with their name and ID number, the faculty member can choose to either have the item held at the library or can select “mail.” In the case of “mail” a menu will appear offering the seven campuses as delivery choices. The faculty “request” goes into a queue; a librarian will print a slip, retrieve the book, check the book out to the requesting faculty member, package it up and send it to the mail room. The mail service will deliver books at least once a day. Each campus mailroom will deliver the books to their respective faculty members. Similarly, books may be returned to the library or through individual mail rooms and the mail staff will pick them up and return them to the library.

The art of browsing is dead. I may be following soon.

18 years ❤️❤️❤️
As part of her middle school yearbook team our daughter created this thoughtful section. Proud of her many talents, but especially her heart and thoughtfulness.
I’ve read The Peanuts cartoon strip but I’d never even heard of this Charles Schulz work until now.
My Tweets