Today is March 25, 2020 and though most people in this world won’t know it, it’s a noteworthy day in the life of Elvis Presley.

Well, today is the 15,562nd day since Elvis passed. That means the big guy has now been officially dead longer than he ever was alive.

Of course, in many non-physical ways Elvis remains very much alive. I could throw a whole bunch of statistics at you about the yearly visitor count to Graceland or the millions of dollars Elvis Presley Enterprises continues to make off his work and likeness to show how he “lives” as a business. And, surely, he continues to live in the hearts of all his fans.

The kind of “life” that most interests me is the cultural one. We continue to live in a pop cultural world that he helped to build. Even if the music doesn’t sound at all the same, Elvis played a big part is defining the “culture” of pop music. He helped define the popular music teen idol, sex symbol, rebel, “has been” and the comeback, and even the spectacle, all in ways that still linger today. Oh, there were many others who also played a part in defining those, but few would deny Elvis’ role.

We all live and, I hope, we are all loved and remembered. But how many of us are well remembered longer than we were ever alive? How many of us make such a cultural mark on this globe to be remembered in such meaningful, vital, and longstanding ways as this cat? Not many in the big scheme of things. That doesn’t say much about him or about us as people. It is worth a thought, though. For me, it’s a good excuse to spend some time with his music.

So way to go Elvis. Here’s to your continuing life as the King of Rock ‘n Roll. 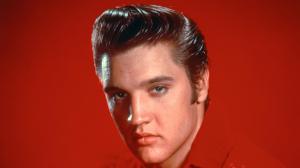