This year marks the start of my 15th year as a professor and 21 years since I first taught at the college level (as a TA at UC Berkeley). To look at it another way, since I started college in the fall of 1990 and didn’t take any time off between college and grad school and my two tenure-track jobs, this is also the start of my 27th year in higher education.

More than a quarter of a decade!

I’m coming off a year-long sabbatical, where I spent my time researching and writing about the Vietnam War and Mexican Americans. So I haven’t been in the classroom for awhile. Truth be told, I’m excited and a little nervous. But that’s part of the norm for me anyway.

No matter how you cut it, I’m a lucky guy. I get to read and write and teach for a living. I get to spend my time learning more and more about subjects I’m still passionate about. I get to work with young people–smart and eager young people–who help me develop a greater appreciation for the subjects we learn about.

It’s good stuff. I wouldn’t change it for the world, and I remind myself daily how lucky I am to be able to say that about my work.

Whenever I take a look at the life and career of producer Rick Rubin I’m reminded of how diverse and impressive his catalog of music is. I’m also reminded that I need to start working on my beard length and my casual pants collection.

Here are five of my favorite songs he’s had a hand in making:

I’m going to see Guns N’ Roses tonight.  As far as I can remember, this is the first time I’ve gone to a show by a band that was big “back in the day”–when that “day” was my teen years.

I’ve been to lots of shows like this for other eras.  I’ve seen Steve Miller at least five times, for example.  I’ve seen the Doobie Brothers and Lynyrd Skynyrd and a whole bunch of other 70s rock bands.  But each time I went to those shows I was in my 20s.  The audience, though, was filled with mostly middle-aged folks reliving their youth.

Well now I am that middle-aged guy reliving his youth.

I could say a lot about GNR, and it would be easy to pick five songs from them for the occasion, but I think the thing on my mind more right now is a general appreciation for my youth. And, so, here you go…

It’s the 39th anniversary of the death of Elvis Presley.

If you’ve ever read this blog you likely know I’m a big Elvis fan. (My very first blog post on the first iteration of this blog–on Blogger–was on the 30th anniversary of his death!) It’s a fandom that stretches back as many years as I can remember, even though I was born in 1972, after the height of the Elvis phenomenon and just 5 years before he died.

That’s probably because I was born into a time when Elvis was still very much a part of the popular culture. His music was everywhere and his movies were regularly on TV. I also came of age at a time when the mainstream culture was popularizing narratives about the 50s. Documentaries about Elvis and about the early years of his stardom were common.

I think that shaped a particular kind of fandom in me. I love the phenomenon of his stardom. I have a great appreciation of his role in popular music but also his role in popular youth culture. I’ve always loved his “story”–the poor, white boy growing up with Black music; the rise to fame; the cultural phenom; the frame and fortune; the marriage and love affairs; the string of corny movies where bits of his brilliance peak out; that brilliance on full display in his ’68 “comeback”; and even the later years as a jump-suited impersonator of the star he once was.

And, of course, there was the shock and spectacle of his death. I remembered where I was when I heard Elvis died, and I was only 5 years old.

Through it all, there’s the music. I think we can often lose sight of his special talent when we get caught up in all the rest of it. Maybe that’s a good way to mark this day.

Here are his two first recordings made on July 18, 1953 at the Memphis Recording Service (later called Sun Studios). As the story goes he recorded them to give to his mom as a gift. He paid $3.98 for a double-sided acetate press of “My Happiness” and “That’s When the Heartaches Begin.”

Today is the anniversary of the passing of Les Paul, who left this planet on August 12, 2009.  What better way to mark the occasion than to celebrate some of the music that lives on because of what he created.

5. “Mr. Brownstone” (Guns ‘N Roses, 1987)
Slash is a Les Paul man, a dedication that pays off on the band’s legendary debut album, Appetite for Destruction. In an album of memorable solos, this song about heroin (the first released on L.A. radio in advance of the album) holds its own.

4. “Sympathy for the Devil” (Rolling Stones, 1988)
Keith Richards is the best of the best.

3. “Whipping Post” (The Allman Brothers Band, 1969)
When I watch Duane Allman play all I can think of is that line Marlene Dietrich delivers at the end of Touch of Evil: “He was some kind of a man.”

2. “Hideaway” (John Mayall and the Blues Breakers, 1966)
Clapton’s work here sounds like he lets the guitar do what it was meant to do and, yet, makes it do what it never did before. 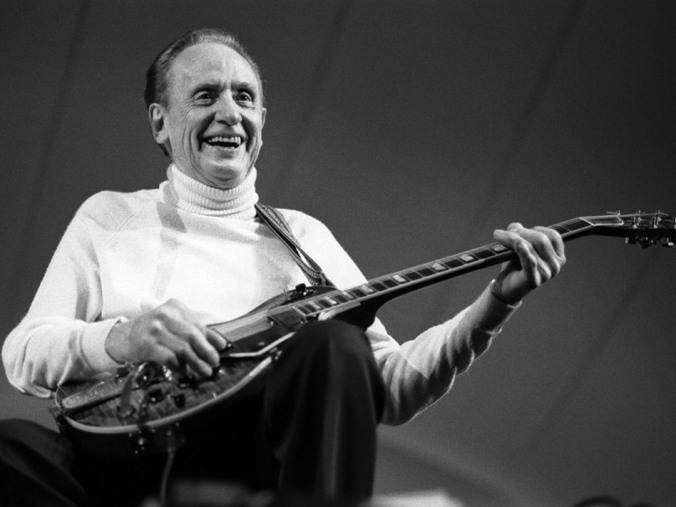 1: to walk or go from one place to another without a specific goal, purpose, or direction
2: to talk or write in a desultory or long-winded wandering fashion
3: to grow or extend irregularly 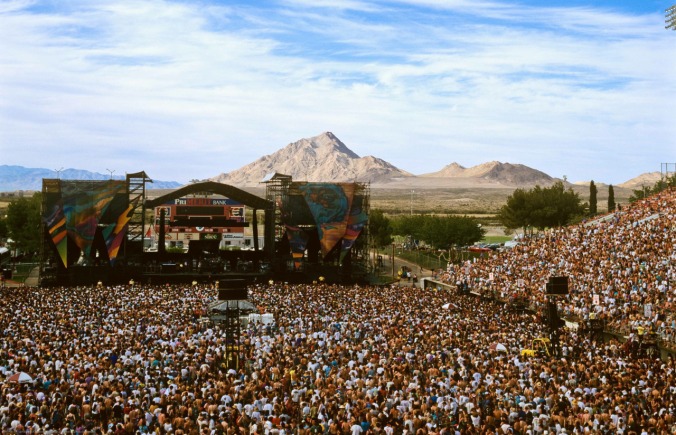 40 years ago today, I was living in a world where I couldn’t understand how Ronald Reagan could be elected. I was only 8, so there was a lot I didn’t understand, but all I saw were people who didn’t like him—hated him even. When he got shot I didn’t celebrate or anything (like most Catholic kids I probably prayed for him, or was told to) but there was a kind of excitement to that day. There was something about the fragility of power that stuck with me, the fact that one person could do that to a person as big as Reagan. I kept watching it again and again on the news that day. I don’t remember anything more about how I felt but the one other thing I remember powerfully was the lady who took care of us after school, talking to my mom when she picked us up. She lamented, “They should have got the fucker.” It was some kind of day.
So excited to have my friend (and internationally-recognized environmental legal scholar) MAXINE BURKETT share her work on the racial roots of climate migration and the continuing fight for environmental justice. All are invited! (Click the link in my bio on Thursday, April 1 @4:00 PDT.)
These are just the old ones. The MOUSE AND THE MOTORCYCLE was mine, the rest my sister’s. I remember loving that mouse but I don’t know that I read anything else of hers back then. Now we have these and a small stack of newer printings of other Cleary stories, and another half dozen or so others on my iPad. In the last decade I’ve read all of them at least three times (most much more) out loud to my kids.
My Tweets