One year ago today, on November 4, 2008, Barack Obama was elected President of the United States.

At the time, and like many others, I celebrated this milestone in US history:

One year later, the blissful exuberance of the election has begun to temper. Many “progressives” see this as a partial failure of the Obama administration, if not the man himself. I couldn’t disagree more. If the “Obama era” has not measured up to your visions of a healthier government, a more humane nation, and a more just world, put the blame squarely where it belongs: on you, on me, on us.

A day before Obama was elected, I wrote the following:

In the upcoming months, progressive people of conscience (“non-white” and “white” alike) will have to begin the difficult work of checking their own assumptions. Many have this belief that because a black man will be in the White House that everything will magically become better. Many expect Barack Obama to take a leadership role in transforming the political system in meaningful ways. But why? Why should this special burden be placed on Barack Obama when it has not been evenly placed upon all politicians? Of course, he does have a special obligation regarding race, but that is the same responsibility we all share–white, black, or otherwise.

One year ago today was an important day. It was historically significant. It was also emotionally uplifting. But it wasn’t the end of something. It was just the beginning. The act of voting for “change” doesn’t bring it; if it is successful, it merely presents us with yet another opportunity to do what is right, what is best, what is just.

So today is the one year anniversary of a new opportunity. Whether that opportunity will translate into a new reality isn’t up to President Barack Obama. It is up to us. As James Baldwin said “No one else can do it. The world is before you and you need not take it or leave it as it was when you came in.”

Now, back to work. 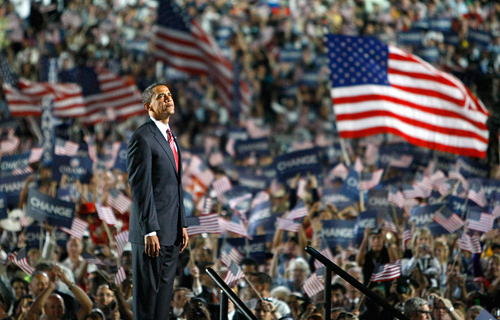 In the galaxy of songwriting, you don’t get bigger and you don’t get better than Lamont Dozier. RIP
“Scenes from a County Fair (2022)” [pictured: a Fun Factory; the Buffalo Chicken Cone; a donkey; god of the Rave Wave; “Frida No Pain,” a homemade small quilt; Megamind; a table setting inspired by “A Clockwork Orange”; my love (in triplicate); and yours truly, under unprovoked attack by an over-sized chicken].
Julian Nava was student leader, a college graduate who also earned a PhD, an elected official, and an ambassador. An impressive résumé in any time, even more so when you’re the first. The word “trailblazer” was made for people like him. Pomona College graduate (‘51) and life-long advocate for us all, Dr. Julian Nava PRESENTE! (pic is from 2016, when my colleague and I interviewed him on stage for the campus community)
My Tweets